Marvel vs. Capcom 2 Coming to iOS 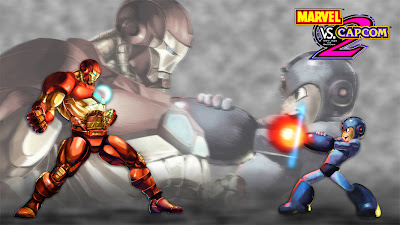 Capcom announced today Marvel vs Capcom 2 is coming to iPhone and iPod Touch in North America and Europe. The app will feature all 56 characters from the original version including the Blue Bomber and his sister, plus Tron Bonne and the Servbots. If you don't mind virtual controls, this is probably good news.

The game is dropping kicking its way to the app store next week, April 25th. No word yet on the prospect of an iPad version, but I think it's safe to assume it's within the realm of possibility.

Screenshots available at Capcom Unity.
Posted by Protodude at 3:03 PM