Rockman DASH: To Save The World Adventure? 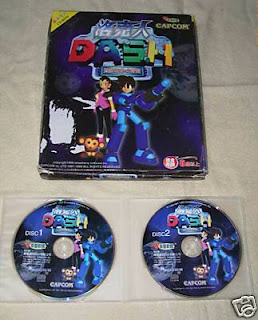 Whilst browsing ebay, Mac came across something of an oddity. A game by the name of "Rockman DASH: To Save the World Adventure", a supposed Taiwanese PC title licensed by Capcom. The seller goes on to describe the title as an "I.Q game" involving "puzzles and stuff."

Is it legit? A quick trip to The Mechanical Maniacs indicates that the game is, among many other Taiwanese PC titles, official:

" These games have the official nod from Capcom to be made thereby making them official. To review: A licence is what separates official megaman merchandise (such as the MM mangas) from bullshit merchandise (like doujinshi). These games are Taiwanese-only. Originally Taiwan only had guides to walk players through Japanese or American games, but these were made when the Taiwanese (different than the greater Chinese) market began to open up. "

Pretty neat to see something like this in the wild, if you ask me. That said, those interested can bid on the game here. Starting price is a steep $49.99 plus $4 shipping to the US.
Posted by Protodude at 1:19 AM