The Search For the MegaMan Promo Tape 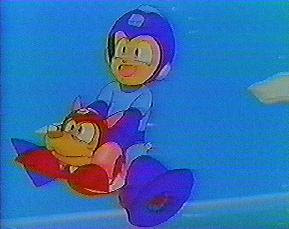 As much as I enjoyed the Ruby Spears Mega Man toon, I would have liked the show a lot more if it had looked a little something like this------>

No, that's not a still from the "Upon a Star" OVA, rather, a snap shot of the precursor to the Ruby Spears toon that most of us know and love.

Before production even began on the MM cartoon, Capcom distributed a short five minute promotional VHS featuring animation and character designs similar to that of the games. The VHS was later sent out to several networks in an attempt to "sell the show." 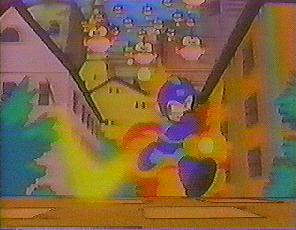 Once a network picked up the show, the animators, for one reason or another, decided to change the animation style to the one seen today. Notably, scenes from the promo can still be found within the final product's opening titles.

Years after the show's conception and cancellation, many still ponder the location of this promotional tape. I've been told from numerous sources that at least two copies of the tape exists, one of which currently resides in the hands of an "unknown MegaMan fan."

Hopefully, one day, this unknown fan will reveal himself and distribute the promo online for all to enjoy. Until then, let us enjoy what we got instead.(click the link to be amused)

For more information about the promo video, check out the MegaMan Homepage's write up.