Over at Gpara, Mega Man 10 producer Takeshita Hironobu shared a few unused Robot Master concept designs that the Gpara staff sent over to Capcom during the game's pre-production phases. These characters really have to be seen to be believed; some are just so ridiculously weird, that it's no wonder why they were rejected.  Have a look:

On the left is "Tempura Man" (tempura being a Japanese-styled seafood meal) whose torso acts as a deep fryer. The right, "Vice Man" (a parody of the Sonny Crockett character from TV's Miami Vice) whose weapon of choice is a pistol.

More nutty designs after the break... 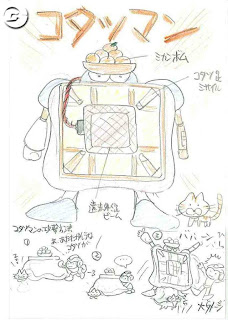 "Kotatsu Man" here is based off of a low wooden Japanese-styled table of the same name. Uses a variety of household supplies as weapons. 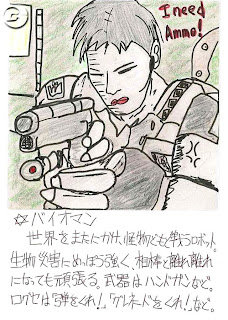 "Evil Man". His arsenal consists of biological weapons, hand guns and grenades (holy crap!). Clearly a spoof on Chris Redfield of Resident Evil fame. His catchphrase is "I need ammo!"

These guys are collectively known as "Armor Man". Nothing real special about two, just really out of the ordinary "robot" designs. Armor Man on the left bears a resemblance to Ghost n' Goblin's Sir Arthur. 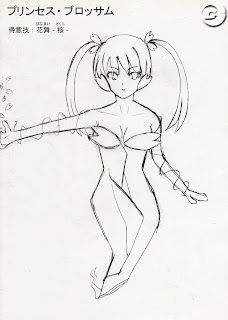 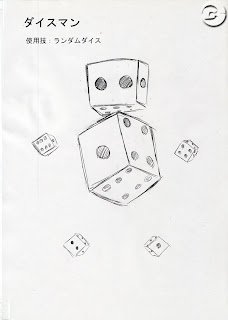 On the left is "Princess Blossom" a botanical-based female robot master who embodies the "spirit of the flower". Supposedly, her attacks would vary depending upon the time of year(?). The dev team passed on her due to not being able to properly reproduce her "wind attack" in 8-bit. On the right is "Dice Man" who, as the name implies, is built entirely out of dice. The power of his attacks are determined by the sum of dice rolls.

So, of the designs featured, which one would you like to have seen in MM10?