Scott McNeil To Appear At Metrocon 2009 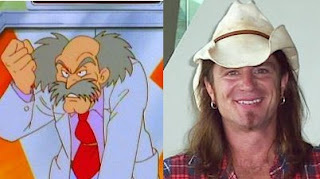 For those who don't recognize the name, Mr. McNeil is a voice widely heard in three different Mega Man cartoons, including Dr. Wily and Proto Man in the 1995 Ruby Spears cartoon, Dr. Wily in the Upon A Star OVA, and Guts Man in Mega Man NT Warrior.

The event takes place in Tampa, Florida from June 19th to the 21st. More details can be found at the official Metrocon website.
Posted by Protodude at 12:00 AM