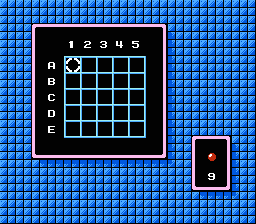 Among the BS are two Mega Man cheats from MM1 and MM2:

MM1: "After the sequel had been released with a password system, there was a rumor that you could access a password screen in the first game by either holding a certain button combination or inputting a code on the title screen. "MM2:

MM2: "There is a secret boss somehow accessible via the Bubbleman stage. If you beat it, you will be automatically teleported to the end of the game."

"Based on a truth; while there technically is no secret boss, there *is* a glitch that can be performed in Bubbleman's boss room by shooting multiple Item 1 platforms and then trying to go backwards out the door. If done correctly, with exact timing, this will teleport the player into a glitched-up version of a room from one of the Wily stages, where he or she can fight a deformed Bubbleman that's entrapped in the wall. "

Fun, no? Truth be told, I once devoted a whole summer looking for the secret password screen. So naive...

Know of any more fake Mega Man secrets? Head over to the wiki and contribute to the archives.
Posted by Protodude at 2:27 PM