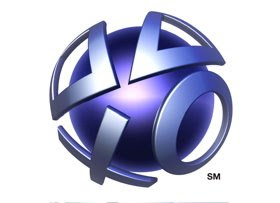 According to Capcom's VP of strategic planning (Sven), Capcom plans on releasing several of their "better" PSP titles on the Playstation Network, which may include both MHX and MMPU.

"As I've mentioned previously, Sony has recently approached us about getting more of our legacy content up on the PSN store, and again, it's all separate by territory (so while we're working on the US side, Europe, unfortunately will probably have to wait for us to finish that process before our group here can locate the PAL masters and resubmit to SCEE. I know you don't care about the process, but internally, we have to get masters sent to us from Japan, work a little mojo on them and gather some digital marketing materials to resubmit. It's not a "done in 10 minutes" excercise by any stretch. The first titles you see appearing from us will be some of our better PSP titles that are difficult to find at retail. We'll speak to Sony in more detail regarding PS1 titles we'll get to after we've gotten a few or our more recent PSP titles up and available. At the same time, Sony has indicated to us that they don't want 20 titles hitting in any given week so it's going to be a measured, deliberate release of titles over time. This allows each release a little time in the sun... In the mean time, you know Wolf of the Battlefield: Commando3 is now available on PSN... and 1942: Joint Strike should be available in the not-so-distant-future as well, so keep an eye out for that too."

Although Sven does not specifically mention MHX and MMPU coming to PSN, it's pretty much a given both titles will be up for grabs considering how hard it is to find "new" copies of either game.
Posted by Protodude at 2:49 PM