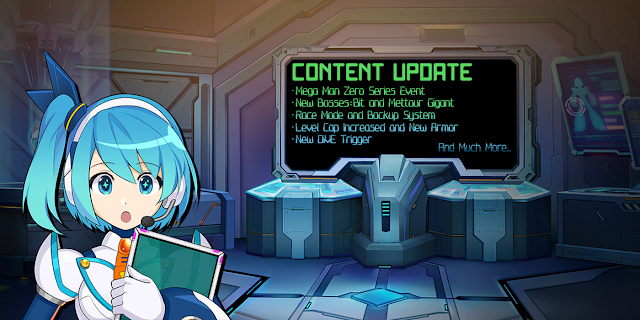 Ahead of tomorrow's Rockman X DiVE content update, the development team uploaded a new trailer showing everything coming to the game. If the Mega Man Zero Series event and the other stuff revealed a couple of days ago wasn't enough for you, they've decided to deliver even MORE content. This one of, if not the biggest content update yet.

Check out all the info and the trailer after the break!

For the sake of not repeating ourselves, we are going to ignore some stuff that we already reported a few days prior.

Anyway, first we have a look at the Copy X event. This is where we will be able to exchange coupons for various items, including the memories necessary to add Zero to our roster. 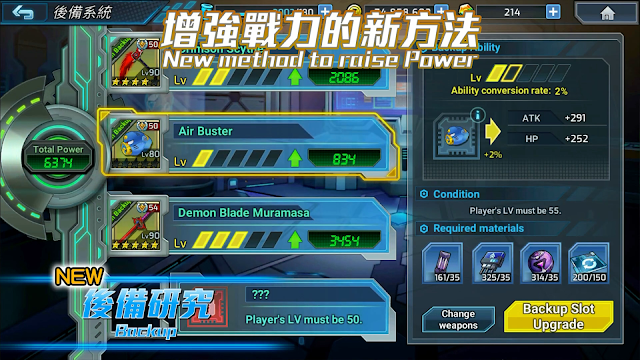 Introduced in this video for the first time are the Race Mode and the Backup System, which are linked as you need the "Sync Device" material obtained by playing Race Mode to being able to unlock different stages of the "ability conversion rate".

The Backup System consists of a number of slots where you can equip weapons to raise their power. By using materials, you can unlock the "ability conversion rate", different stages that will grant you an overall bonus to the power of your weapon, starting from 2% to a maximum of 10%.

The different slots and "ability conversion rate" stages are dictated by the player level. 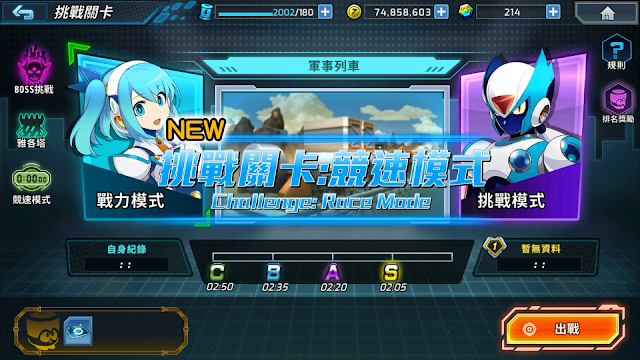 Race Mode is located inside the Challenge tab and it's pretty straight forward. The quicker you beat the stage, the more "Sync Devices" you will get. Judging by the video, it looks like an S Rank will grant you 45 "Sync Devices". 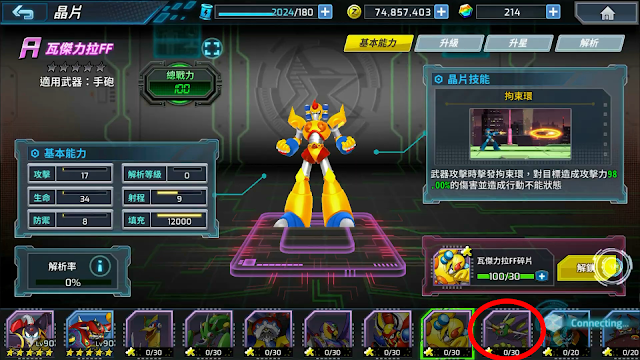 This video also give us a good look at Bit's chip. Its ability sends out binding rings that will deal damage and immobilize the target.

More importantly, for a few seconds, we can see Toxic Seahorse's chip. He will be introduced in the game in the near future, most likely when they rise the level cap to 100.

A new DiVE Trigger is coming with this update as well. The Ray Splasher, the Special Weapon that X obtains after defeating Neon Tiger in Mega Man X3.

This DiVE Trigger summons a turret that will lock on to the enemy and fire energy rounds. It's about time, if you ask me. At this point we have thousands and thousands of "Self-learning Systems" to upgrade DiVE Triggers doing nothing in our inventory!

The level cap has been increased to 90 and with it, weapons and chips can be leveled up to level 90. Armor level 80 can be crafted, the story mode gets a new chapter, "Cyber Space" and chapter 7 can now be played in hard mode. New co-op stages will be also available.

Neither the video nor the notes on the website mentions anything about the update for the Jakob Orbital Elevator they showed a few days ago. We will have to wait until tomorrow to see if it ends up in the game or if it's something that will arrive later down the line.


Above, you can see the skills of Leviathan and Zero in action and the characters and weapons needed to get bonus damage and coupons in the Copy X event: "The Savior has Come". As expected, the new characters and weapons are the ones that grant you the most benefits. Sneakily, they put a new weapon in this trailer, the Pantheon Launcher. Did you noticed?

That's all for now. Let us know in the comments about what you think about all this new stuff!
Posted by Reploid21XX at 9:03 PM