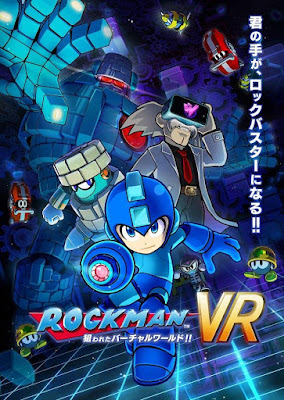 The attraction will reportedly have players arming themselves with a "real" Rock Buster to take down various enemies from Rockman 11. Rockman VR will be playable exclusively at Plaza Capcom's VR-X suite starting July 18th, 2020.

"A peaceful VR world where everyone was having fun.... and Dr. Wily is planning to hack and conquer it! Oh, Rockman, put on the VR goggles developed by Dr. Right and enter the VR world to stop Dr. Wily's ambitions!"


More Rockman VR details are expected to be unveiled soon. And before anyone asks, no; this is not the "next major game" that's been in development since at least early 2019. Rockman VR is intended to be an attraction, limited to a very specific venue. The "major title" is currently being spearheaded by Kazuhiro Tsuchiya and his team at Capcom Japan.

UPDATE: According to Tsuchiya, the Double Gear system will play a large role in the experience. What's more, it will be in first person.