Coming in hot after today's reveal of MegaHouse's Rockman EXE: Rockman vs Forte statue paint job, its been announced that the EXE series will be crossing paths once again with the Duel Masters franchise.

DUEL MASTER PLAY'S is a card game app available for iOS, Android and PC that debuted in Japan in 2019. The title is a modern version of the physical trading card game released by Tomy and Wizards of the Coast in 2002.

This is the fourth time that both franchises crossed over. First in 2005 with the double feature Rockman.EXE: Hikari to Yami no Program and Duel Masters: Curse of the Death Phoenix with characters from each series having an small appearance in the movies. Forte also made his way to the Duel Masters TCG while Eternal Phoenix and Dark Phoenix from Duel Masters were made available in Rockman EXE 5 as Giga Class Chips.

Lastly, in 2016 a special card was released for the Duel Masters TCG to commemorate the double feature's release in 2005.

This new collabration starts on July 28 and will last until August 18. A special login bonus will be held during the event: by logging in for 10 days straight, players will get a special design card sleeve and tickets for the latest card pack. 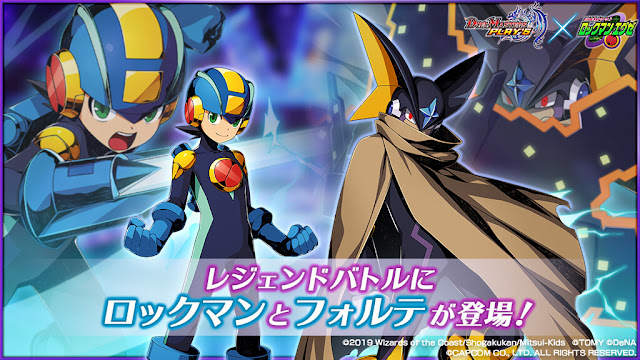 By playing "Legendary Battle" you can earn Legend Points and get various rewards based on the points you collect. You can also get special titles by clearing the various difficulty levels.

The event will have an original story where Rockman will have to resolve a case in Duema City.

By playing the event and spending Legendary Points, player will be able to obtain the "Brain Charger" PR card and two card sleeves with unique artwork.


Below you can see a list of the rewards obtainable by spending Legendary Points: 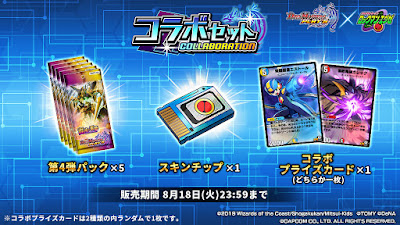 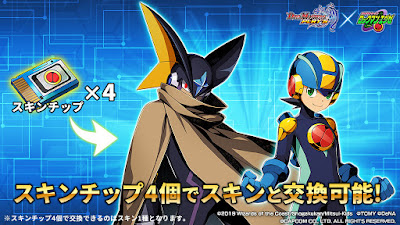 During the event, a special collaboration set will be sold at the card shop for 1000 gems.

The special set contains five card packs from the expansion REBELLION SYMPATHY, one skin chip and one randomly selected "collaboration prize card" out of two. 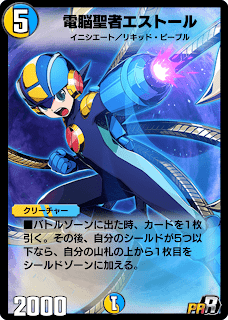 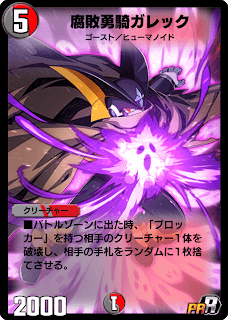 Both cards are already in the game but for this occasion they replaced the artwork. Estol, Vizier of Aqua as Rockman and Galek, the Shadow Warrior as Forte.

Furthermore, by collecting fours skin chips, you can acquire the skins of Rockman and Forte. 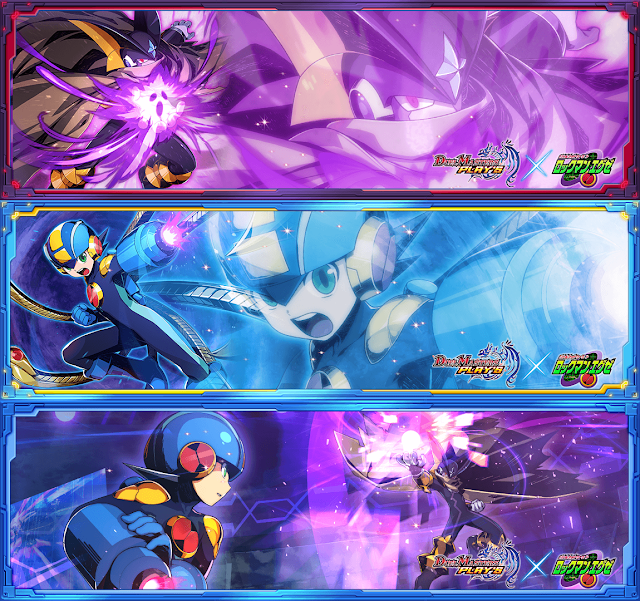 And lastly, three playmats will be available to purchase for 800 gems each in the game store.

I think it's safe to say that this is no coincidence that today we got the announcement for this collaboration and a major update on the Rockman VS Forte statue.

On top of this, as we reported not too long ago, Capcom are seeking partners to release all kind of products for the Mega Man Battle Network 20th anniversary that takes place next year. Is Capcom gearing up for the triumphant return of the Battle Network series? Time will tell!

Let us know what do you think about the new artwork in the comments!
Posted by Reploid21XX at 11:30 AM