Mighty No. 9 Will Be On Mac and Linux 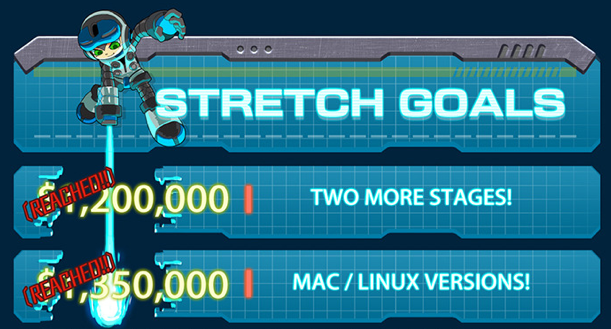 If you missed the news earlier today, the Mighty No. 9 Kickstarter has reached its second stretch goal of $1,350,000, promising Mac and Linux versions of the game. This is great news for fans who prefer those operating systems, and it brings us once step closer to that sweet, sweet $2.5 million goal.

As a reminder, other platforms beyond PS3, 360 and Wii U are a possibility. Even though Nintendo 3DS and PlayStation Vita versions are probably more likely than PS4/Xbox One, Comcept must reach certain stretch goals first. Additional ports require more resources, after all.

Keep fighting the good fight and pledge!
Posted by Protodude at 7:54 PM