Keiji Inafune on the Origin "Inafking" and Rush's Name 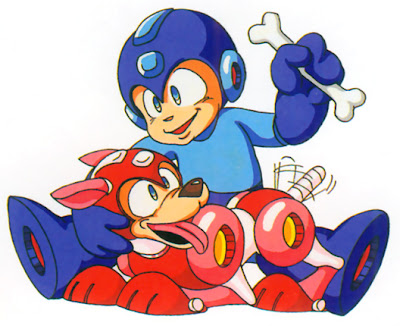 So this is pretty neat. Among several topics discussed in Destructoid's interview with Keiji Inafune, the former Capcom producer revealed the origin of his early nickname, "Inafking", as well as Rush's name. As a matter of fact, the latter has nothing to do with the band of the same name!

"There was a series called Moomin. It was an older series from a long time ago, and there was a character named 'Snufkin' in it that's this cool character. So 'Snufkin' and 'Inafking,' they're kind of like, oh, we're both these cool characters, this is how I like it!

"Back then, of course, all the more talented programmers, artists, etc. could have been headhunted, so the one internal rule was you have to come up with a name that is different enough that people won't know what your real name is. So long as you fulfill that criteria, you can be as crazy as anything, so everyone just went crazy and made whatever name they wanted to."

"I'm sorry to disappoint the fans, but actually Rush was not based on the band, Rush was based on a Capcom game called Rush & Crash [known as The Speed Rumbler outside of Japan -- Tony] that I really liked. Actually, the word 'Rush' sounds kind of like 'Lassie' [pronounced 'Rasshu' and 'Rasshi']. Back then, Lassie was a very popular movie about a dog, of course, so it just fit as far as the phonetic flow of the word."


Time to update those Wiki pages, I guess.

Hit up Destructoid for the complete interview!
Posted by Protodude at 12:01 AM