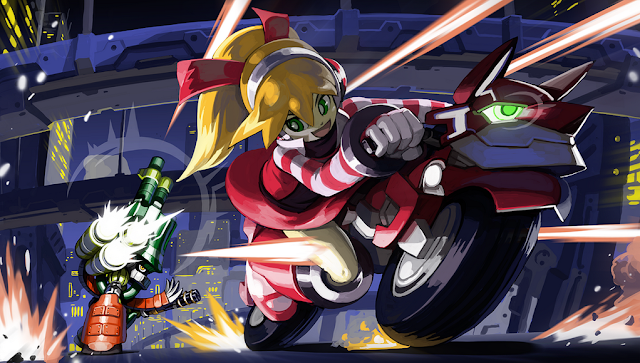 According to today's Mighty No. 9 community update, the vote on the design for Call, Beck’s plucky companion, is set to kick off next Friday, September 27th. Read on for the details.


Goodness, we're really closing in on the home stretch! The date will be upon us before you know it. Of course, we'll be sure to remind you.

For more details, hit up today's Kickstarter update. And while you're there, be sure to read up on Makoto Yabe's involvement with WayForward's Shantae: Half-Genie Hero. It's mighty interesting!
Posted by Protodude at 9:12 PM