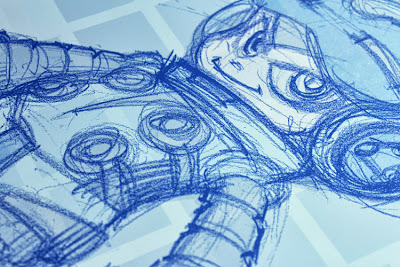 Kotaku's live Q&A session with Keiji Inafune has wrapped. Those interested can read up on all of his responses here. Just for the heck of it, though, I've posted some of the more noteworthy Qs and As below. Check 'em out:

Ren2147: Will there be a counterpart to a certain long-haired beam swordsman in this game/franchise?

Keiji Inafune: There is a character with a sword in Mighty No. 9, who also happens to be red...but as for the hair, can't really say :)

HalberdierV2U: Inafune-San, if the opportunity for you to buy the Mega Man franchise, would you do it? also, how much support do you plan to give the 3DS and Wii U in the near future with intended releases?

Keiji Inafune: lol Well it's hard to say about Mega Man... Right now I'm really focused on Mighty No. 9 — when I think of Mega Man now, it's less about particular games and more about the spirit of those games that I want to bring with me.

BeckerZ: If you will be a character in one of the game you've created (or drawn), what will this be? and why? [SIC]

Keiji Inafune: I guess I would have to say Zero from the Mega Man X series... At least that's who I'd want to be. He's not even a main character, but he's just so damn cool and stylish, and slicing through everything with a beam sword seems like fun heha


Yes, Inafune really, really loves Zero. It should be interesting to see if any of his design elements show up in this mysterious, red Mighty No. 9 character.