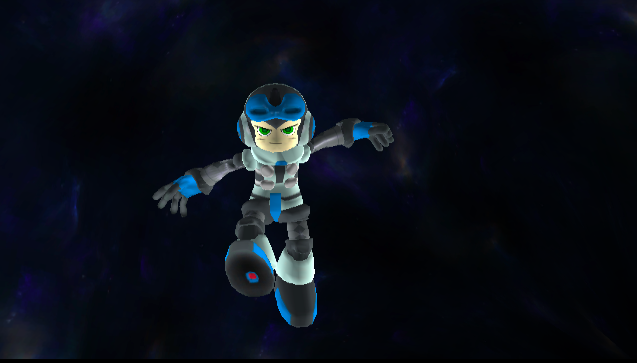 I had a feeling this was going to happen sooner or later. Some enterprising modder has modeled Beck, Mighty No. 9's protagonist, from scratch and added him to the Super Smash Bros. Brawl roster. The model has been applied to the bone-skeleton of Mario. The characters being roughly the same size, it all works out quite nicely.

Those interested can download Beck from the Brawl Vault forums here. For more images, hit up Infinite Smash Team. Once that's done, you can try your hand at pitting Beck against a modded Mega Man. Oh, what fun!

Perhaps someday, when we see a little more of Mighty No. 9's world, these folks can whip up a stage or two. The Smash mod community clearly has the motivation already.