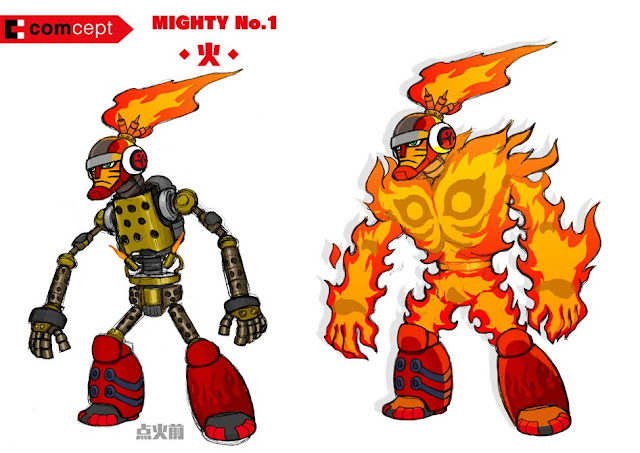 We've got a nice batch of Might No. 9 news today. First off, a new boss has been revealed: Mighty No. 1. The theme going on here is fire and lots of it. He may look big upon first glance, but No. 1 is actually very thin. The flames are extremely dangerous to Beck, so hit him when they go out.

Next up, we have a set of expanded stretch goals for the Kickstarter campaign. A lot of content has been added to the list and this is by no means the end all be all. In other words, just because portables have not been added doesn't mean they won't show up in the future. So without further adieu, the new goals:


And that's all there is today. For some of the finer details, head over to today's Kickstarter update. As always, let the team know what you think. They are listening!