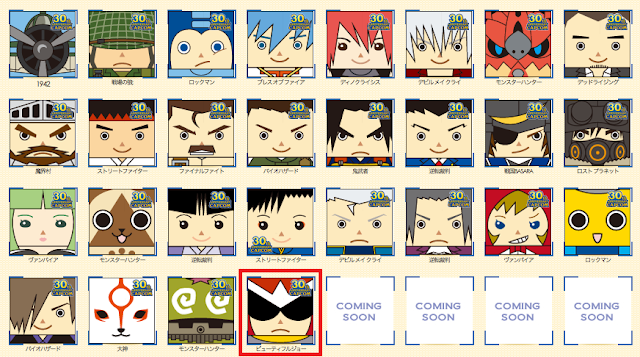 As part of their on-going 30th anniversary bash, Capcom has rolled out a nice helping of Twitter icons, PC and smartphone wallpapers. Characters from major franchises are represented in some form, so feel to grab one of your favorites here.

Oh, the Viewtiful Joe thing? It's funny. See, whoever put this stuff together mislabeled Proto Man's caption as "Viewitful Joe." To that person's defense, the characters do share a passing similarity (red/white helmet, "shades"). Then again, you work for Capcom. I think you should probably know the difference.

It's an amusing little mix-up, though perhaps not as grand as the stuff on Capcpom's lists of retail mishaps and spelling errors.