You Can Probably Expect More Mega Man Plushies From GE 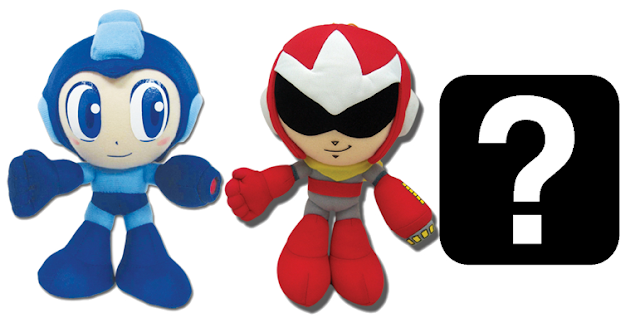 Last month, GE Entertainment showed off the official Proto Man plushie; a perfect companion to their earlier Mega Man plush. But the manufacturer has no intentions of stopping there. According to a reader tip, more characters may yet be immortalized in felt:

"I just sent an e-mail to GE Animation to ask if they had a Forte plush planned (since I heard about the Blues one the other day), and received a response in astonishingly quick time. You might find it interesting;

Unfortunately we do not have any plans to release a Forte/Bass plush. We went with the original trio to start off (Mega/Rock, Proto/Blues, and Rush). So, you can expect Rush to be coming soon. If they do well, then we can think about Forte/Bass as well as other characters!"


Well then, here's hoping they perform well enough. GE's been on a bit of a Servbot high lately; I'd love it if they tackled one of those, too.
Posted by Protodude at 12:46 PM