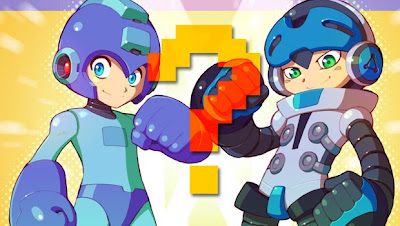 Let's face it: Mighty No. 9 is pretty much a Mega Man game. So to that end, GamesRadar compiled a very handy list of the many similarities between Keiji Inafune's two robot heroes.

"At no point in the Kickstarter pitch do they come out and say that Mega Man is the inspiration--they simply refer to Mighty No. 9 as an "all-new Japanese side-scrolling action game that takes the best aspects of the 8- and 16-bit era classics," writes GamesRadar's Henry Gilbert. "But the connections are easy for any Mega-fan to make. In case you missed some of the more subtle ones, we’ve compiled this handy list."

You can check out the ten ways Mighty No. 9 relates to Mega Man here. As we learn more about the game, there's no telling just how much the list could grow!