Worlds Collide #9 Will Feature Every Robot Master Ever! 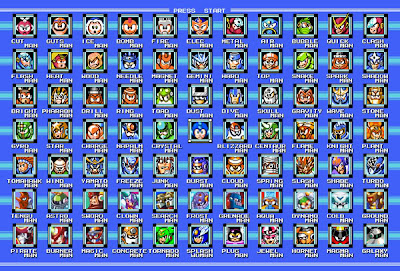 Comic Book Resources showed off the cover for the ninth part of Worlds Collide a couple days ago, but here's the official solicitation from Midtown Comics. Brace yourself because this one sounds like a doozy!

"Celebrate 250 issues of the longest-running video game based comic series, Sonic the Hedgehog, with ‘When Worlds Collide’ Part Nine of Twelve! The final act of the crossover mega-event starts here as Sonic and Mega Man stand united against the Wily Egg—and backing them up are all their heroic friends. Standing against them are the Robot Masters—all of them! Let the battle begin! At a whopping 48 pages, this double-sized issue features a special, digitally remastered re-presentation of the first Sonic the Hedgehog issue! Also featuring a stunning new wrap-around cover by Patrick ‘SPAZ’ Spaziante. Plus, choose your favorite hero with the ‘Team Sonic’ and ‘Team Mega Man’ CHIBI variant covers! Continued in this month’s Mega Man #27!"


"All the Robot Masters" literally, or just those we've seen so far? I suppose we'll just have to wait and find out! Here's hoping they'll throw in some obscure bots, too. At the very least, Bond Man should be there. That guy is cool.