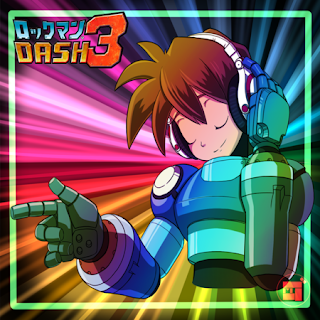 Get Me Off the Moon is proud to announce the completion of the long awaited Mega Man Legends 3 Concept Album project. You can download it now from Bandcamp!

For the uninitiated, this project kicked off last year to commemorate the one-year anniversary of the Get Me Off the Moon Facebook group. Fans were encouraged to compose music that they thought would have gone into Legends 3 had it actually been released. Meanwhile, artists would create art that they felt matched the mood of the music. At the end of the day, the album is a fantastic convergence of art, music and a dash of Mega Man Legends passion.

Congratulations to everyone who helped make this possible. Swing on by Bandcamp and listen to those tracks!
Posted by Protodude at 6:11 PM