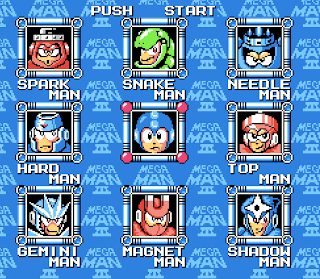 To celebrate Street Fighter X Mega Man's one millionth download, Capcom Unity has confirmed that Mega Man 3 will be hitting the North American Nintendo 3DS eShop next week, March 14. Mega Man 4, 5 and 6 will follow each month.

Additionally, Unity also let slip some PAX details. An exclusive 25th anniversary pin will be available for showgoers, as well as a the opportunity to participate in a special photo event. "I don't want to spoil it just yet (because uh, it's still being built) but I'm pretty excited about it and can't wait to see the final product," writes community manager Brett Elston. "It'll be at PAX East, E3 and just about every other public show for the foreseeable future."

Ooh, mysterious. I wonder what it could be? Wouldn't it be neat if it was, like, a life-size Dr. Light capsule you could stand in? I could totally see that happening. But who knows! I guess we'll find out closer to PAX.