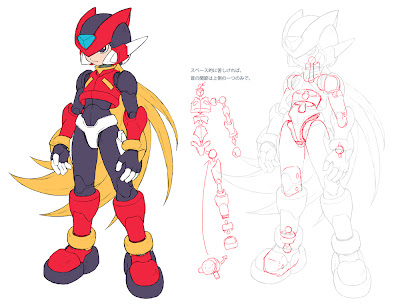 Oh, wait. I did say it was April Fools'... didn't I? True, and Rockman Unity admits that. But ONE of these four figures, according to Ucchy, is the real deal. Only one character will be immortalized in plastic.

Who could it be? Let's speculate. Going by the evidence, only one image shows the engineering of a would be, typical D-Arts figure: Zero. But that's far too obvious, right? He might just be the red herring of the lot.

What do you think? Sound off in the comments.