Blast From The Past: Official Mega Man Costumes

2003 to '04 marked a time when the Mega Man brand was everywhere. The franchise's fifteenth anniversary induced the release of a slew of officially licensed Mega Man products.  Capcom partner with the likes of Jazwares and Artbox, to Dreamwave and Disguise Costumes to ensure the franchise was branching outwards to as many markets as possible. 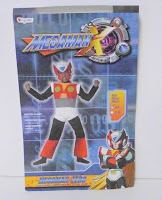 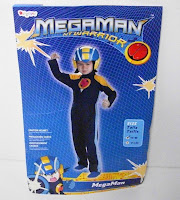 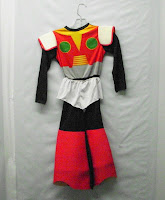 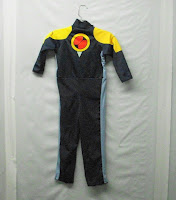 One of the more interesting products released in that period were the Mega Man costumes. In the summer of 2004, Disguise was awarded the rights to produce official Mega Man halloween costumes and party favors (which never surfaced).

Later that fall, two child-sized costumes shipped out: Zero (X series) and Mega Man.EXE (Battle Network/NT Warrior). Helping to raise awareness for the costumes, a series of advertisements were inserted in the backs of a number of Mega Man game manuals from the era. Seriously; check out the back flaps of your X7 or Command Mission's manuals.

The costumes were, to my knowledge, not a huge success, but remained mostly sold out during the season. Nowadays, they're collector's items.

A quick Ebay search reveals both costumes are up for grabs, each priced at a "buy it now" at around $29.99. I doubt you'll be wearing 'em, but if you're looking to add a little more obscurity to your collection, you can't go wrong with these guys. Check them out if you're interested: Zero here; Mega Man here.
Posted by Protodude at 11:51 PM