Having been teased by Bandai for a few months, the D-Arts Zero action has finally be revealed. Big Bad Toystore has scored an exclusive look at the upcoming figure, which is slated to release this September: 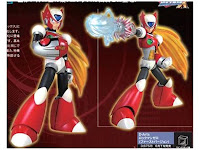 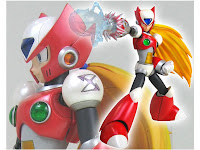 D-Arts Zero is modeled after his X1 incarnation, which features rounded shoulders and an emphasis on his Z-Buster. Official product description reveals a few more tidbits of interest:

"Following the popular D-Arts launch of Megaman X will be the popular Megaman Zero! Potraying Zero as he first appeared in the MegamanX game , fighting alongside X, this figure features superiour D-Arts articulation- even Zero's flowing hair is articulated! This high-tech figure set also includes a full array of accessories, including interchangeable facial expression, right-arm and hand parts, as well as blast effect parts! "

He's a little ways away from release, but X's impending May release should tide you over till then.

Preorder a Zero of your very own at BBTS!
Posted by Protodude at 2:13 PM