Mega Man As DLC? Not Likely 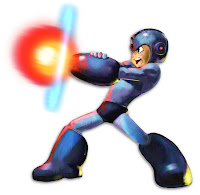 Following up on his comments made yesterday, Marvel Vs. Capcom 3 producer Ryota Niitsuma shared a few words with Fantasy Mundo on the likelihood of Mega Man being offered as a future downloadabe character.  In short, you might not want hold your breath:

"It is almost certain that he is not going to be DLC. Mega Man is a character difficult to adapt to MvC because you only have Megabuster as a weapon and a good character for this fighting game needs more variety. That is the main reason that we chose Zero; apart from the Megabuster, he also carries a sword.

Everything we've announced is that there will be DLC with new characters, but we have not yet decided which and how many will be there, but then we didn't say they're "definitely a no" but "not currently, and it is very unlikely."

What's confusing here -- bewildering, almost, is that Niitsuma has overlooked the fact that numerous incarnations of Mega Man can utilize an array of weaponry. It's the characters trademark, after all. Sure, arsenal mostly spawns from the Mega Buster, but I think Capcom could have easily adapted popular boss abilities into useful attacks.

All in all, nothing is set in stone when it comes to future downloadable characters. However, it's probably best not to get your hopes up for Mega Man.

Thanks for the tip and translation, Ivan!