With G-Star 2010 kicking off shortly, the official Rockman Online blog felt compelled to let its readers in on a behind-the-scenes look at the RMO booth, which is currently under construction. In the process, the site let loose a couple of photos depicting a set of new, familiar faces slated to appear in the game: 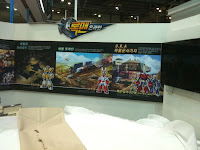 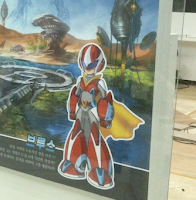 More information about the game, and maybe some specific on just how these characters are involved, is expected to surface tomorrow. Also, be on the lookout for a new animated trailer hitting Pmang's official YouTube channel around that time, too.

Rockman Online will be on-hand to play at the event so if by chance you're going to attend, information and/or footage would greatly be appreciated.

More photos of the booth available here. Thanks for the tip, Blake!
Posted by Protodude at 11:20 AM