4Gamer.net has posted a rather lengthy look at Rockman Online, which is currently being demoed at G-Star 2010 in Seoul, Korea. A detailed translation of the report isn't yet available, but for the time being, here's an initial translation provided by PRC contributor RockX: 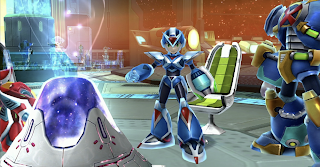 UPDATE: The Mega Man Network has secured the complete report in English, which not only expands upon the above details, but also introduces a few new tidbits. Read up on the report here or check out some of the more noteworthy aspects below:


That's all we were able to scrounge up for now.  Thanks, RockX!
Posted by Protodude at 11:47 PM