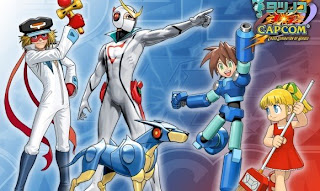 Capcom today issued a press release for the US version of Tatsunoko VS. Capcom, announcing a plethora of details including confirmation of the much demanded online play option:

TvC is scheduled to release winter 2009.

Posted by Protodude at 3:16 PM