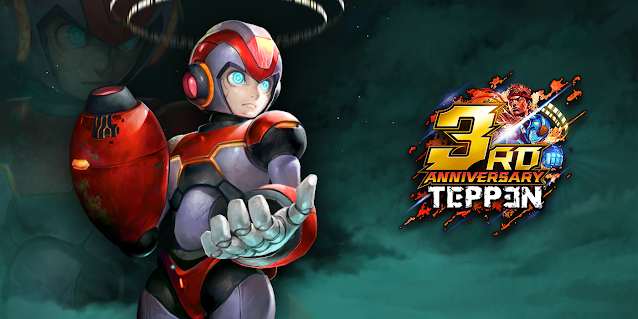 Teppen is celebrating its 3rd anniversary this month. To mark the occasion, GunHo Online and Capcom have prepared a bunch of new skins for some of the game's heroes, among other things

Players can try their luck using the free skin pack ticket to get one of twenty hero skins. Rising Fire X stands among the new duds. It's X's second skin next to the Double Cyclone.

Check that one out after the break! 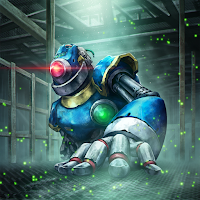 Card Name:
Scrap Robo
No.
SSV 021
Flavor Text:
The robot advanced, crawling using its left arm with such ease, it was as if its missing legs had never been there at all. The red lens of its eye flashed with hatred for all creation.
Artist:
Muna-Ge

And that's all for now. Hopefully when the next card pack is released in September there'll be more to talk about. In the meantime, you can check our extensive Teppen coverage here!