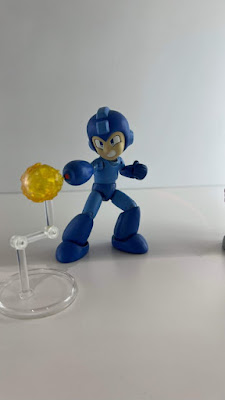 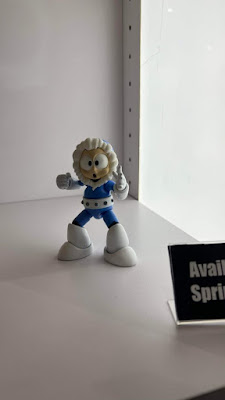 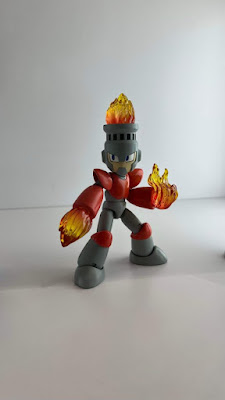 Thanks to MattGuzy on Twitter, we have our first good look at the new Jada Toys Mega Man figures from the San Diego Comic-Con 2022 preview night. All three are reportedly due in Spring 2023. 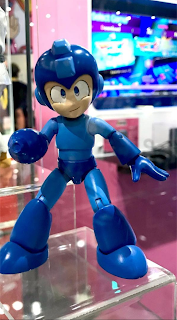 UPDATE: Shown above, Mega Man will include at least one interchangeable head part. (source)
UPDATE 2: Yet more details from the showroom floor. The following information comes from a verified Jada Toys representative.
-The line is starting with three figures a wave with two waves a year “at minimum”, and they want to do more if the line sells well
-Each wave will come with one version of Mega Man “to anchor the line”, and two Robot Masters
-Figures are roughly 1:12 scale and will stand at about four to four and a half inches tall
-Each figure will come with at least one alternate head and some effects pieces, and Mega Man will come with an alternate non-buster forearm.
-$25 MSRP a piece.
-------

We should have more details on these guys very soon. We'll be updating this post with more news and images as things surface. Stay tuned!