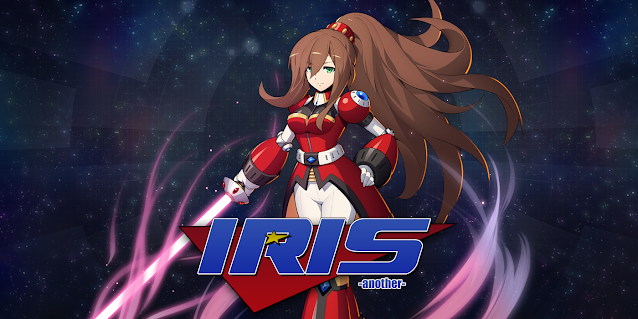 The Mega Man X DiVE global version summer event is done and dusted. And coming up on the NA server next week is a fan-favorite DiVE original creation, Iris -another-! When it comes to the EU server, will get RiCO and the LATAM server will receive Bass GS.

Iris -another DiVE Fest capsule comes packed with a single free 10-pull. Additionally, players will have the chance to play the event stage Trial From The Supreme Commander during the 2 weeks.

The event stage will explain the origins of Iris -another, allow players to fight the supreme leader of the Repliforce, and get the A rank saber Replisaber plus the card "The supreme commander of Repliforce".

Iris -another- first active skill is Lightning Flash which unleashes a powerful thrust to damage targets in range. Her second skill is Counter Stance where she takes a counter stance to become invulnerable for 3 seconds. When the stance ends, she can perform a powerful slash.

What's more? Iris -another- is released with her DNA code unlocked and Colonel will have his unlocked next week too.

Lastly, if you want to take a peak at some Iris -another- unused designs, you can do so here. 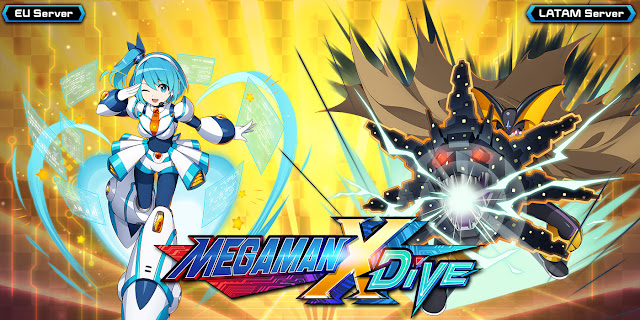 Next week the EU server will get the DiVE Fest capsule featuring RiCO and the LATAM server the one featuring Bass GS. Both capsules come with a single free 10-pull.

RiCO's first active skill is Data Recreation, which allows her to deploy an information window to pull a random skill from either Ultimate Armor X (Plasma Charge Shot), Awakened Zero (Genmu Zero) or Iris (Peaceful Wish).
Her second active skill is Data Analysis, which deploys a force-field that inflicts damage and absorbs energy from an enemy. What's more, one of her passive skills will "randomly remove a buff when hitting a target with your weapon attack"
Bass.EXE GS' active skills are Gospel Cannon, which charges forward while shooting flames and Vanishing World -- a powerful beam that deals damage to all targets in range and deals one-time damage to all targets on-screen.

Both server will see the return of the X DiVE Maximum Race event too.