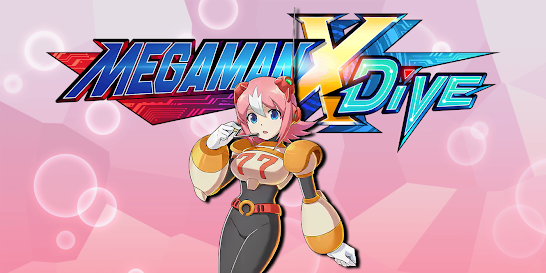 A batch Mega Man X DiVE commercials appeared on YouTube over the weekend. And, uh, they're pretty surreal. I mean, they're not only unintentionally hilarious but they misrepresent the actual game. They spoil an unannounced character, too.

From laughably poor character animation and typos to completely misleading "versus mode" gameplay, these commercials drew immediate comparisons to other, similarly deceptive mobile game ads. They're not as off-kilter as, say, Mafia City... but something isn't right here.

Watch more here, if you're so inclined!

So yeah. There's a lot to process here.

The PvP footage is completely made-up. It's more or less a mock-up made in Unreal Engine 4. Then there's character names that are either mislabeled or misspelled ("Simgma", anyone?).  Several characters are misranked, too. X, Zero, Alia, Axl and Vile are apparently "S Rank". Oops?

The one thing that caught EVERYONE's eye, though, was a seemingly "accidental" character reveal: Nana from Mega Man X Command Mission. Hey, it's great to see her drawn in Mizuno's art style. She's incorrectly referred to as "Alia", by the way. OOPS?

So, what's the deal here? Are these ads legitimate? Did Capcom actual approve them or are they fan-made?  We did a bit of investigating and... yup. They're official.

Here's the deal, folks: NebulaJoy, developers of Mega Man X DiVE's global version, made these commercials from materials and raw footage supplied from Capcom Taiwan. They were created to promote the game's August 16th launch in the US, UK, Canada and Ireland. They were uploaded over the weekend as a "test". NebulaJoy underestimated the impact they would have among fans and quickly made them "private". They're back online now.

It's difficult to say if the content within the ads will change before the global version goes live. An unintentional character reveal is one thing. But falsely advertising the actual game itself? I dunno about that one...

Posted by Protodude at 8:19 PM