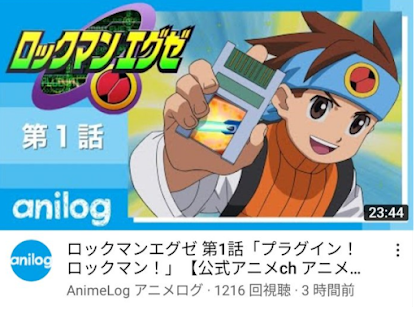 Every week since June, episodes from Rockman EXE's first season have been posted to AnimeLog. The YouTube channel prides itself on offering free (and legal) subtitled anime from different studios internationally. Unfortunately, some catalog titles are region-locked. Rockman EXE included.

But, my friends, that may soon change... In a statement provided to Rockman Corner, an AnimeLog associate says that ShoPro -- the company that produced Rockman EXE -- have considered distributing the series to additional regions. We're not talking about NT Warrior here, no. This would be the original episodes subtitled in English and other languages.

AnimeLog don't have too much reach on what shows get optioned for digital distribution. However, they indicate that the "voice of the fans" would help push ShoPro in the right direction. So if you'd like to finally, finally watch Rockman EXE with official subtitles, we have a job for you.

Simply respond to this tweet saying something to the affect of "hey, I'd really like to be able to watch Rockman EXE in my region with English subtitles!" Be polite about it too, you know?

Rockman EXE fans have long awaited to support an officially subbed, unedited version of the show. While there's no guarantee ShoPro will finally relent, you now have this rare opportunity to say your piece. Give it all you got and cross those fingers!

Posted by Protodude at 2:23 PM