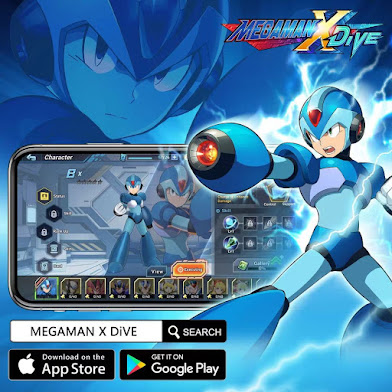 The official English version of Mega Man X DiVE is almost here. After a brief pre-launch beta period earlier this month, developer NebulaJoy has confirmed that the full game will hit both iOS and the Google Play Store on August 16th. This applies to the US, Canada, UK and Ireland. Other regions will reportedly be added later

Mega Man X DiVE's Google Play listing has been updated to reflect the launch date. NebulaJoy staff member "Zero-X" also confirmed the date on the game's official Discord server. Zero-X also said that a number of localization improvements - text fixes pooled from the English-speaking fan-community - will be readily available at launch, too. Nice!

You can pre-register blow:

Pre-registering will allow you to be notified when, exactly, the game goes live. Get in there!