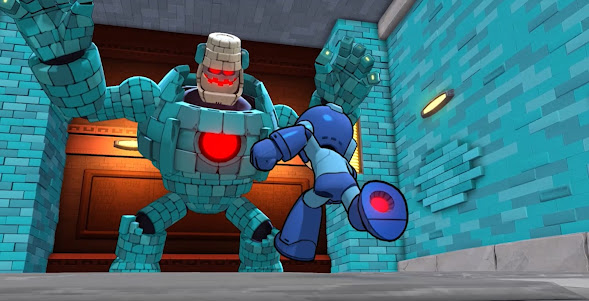 Four months after going on hiatus, Rockman VR: Targeted Virtual World!! is coming back. The virtual reality attraction is poised to return at a new location, the Aeon Mall in Hakusen City. It will be featured at the brand-new Capcom VR-X corner alongside Biohazard: Valiant Raid and Ace Attorney VR starting July 19th.

For those not in the know, Rockman VR puts players in the Blue Bomber's shoes (literally) as they fend off a swarm of rampaging bots, Block Man and thwart Dr. Wily's plans to conquer the virtual world. You can watch nearly five minutes of gameplay here.

Interestingly enough, the game is played with a retail-based HTC Vive Pro on a regular 'ol PC and... it's partially in English! So if you happen to bear near Hakusan this summer, you might want to swing on by and play!

Posted by Protodude at 2:49 PM