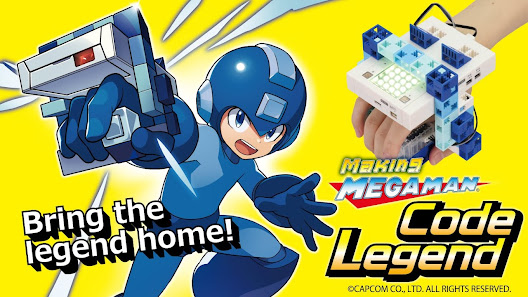 Be on the lookout for the mailman, folks. Capcom and Artec's educational Making Mega Man: Code Legend software kit is reportedly en route to backers. Several Rockman Corner readers have received received shipment confirmation e-mails earlier today. The kit is expected to arrive within the next two weeks.

At this time, Artec have not announced plans for additional kits. The company has, however, expressed interest in producing more units for other avenues beyond Kickstarter. There's been no update on that front, either. We'll be keeping an ear to the ground.