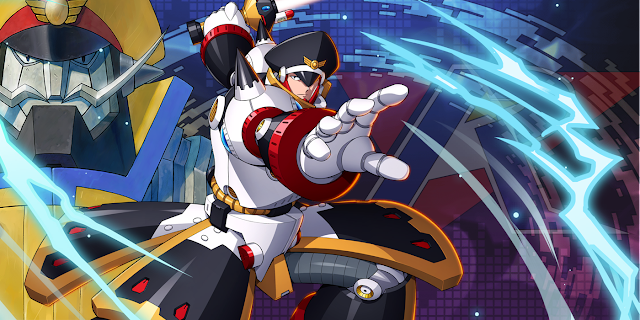 Previously a boss for the Valentine's Day event, Colonel will become a playable character this Wednesday when the "Trial from the Supreme Commander" event goes live!

Colonel's first active skill is Blinking Slash, which performs a quick charging slash at the target. During the movement, he is invulnerable. In PVP, the skill will teleport him to the target's location. It's pretty much a carbon copy of ProtoMan.EXE's Step Sword.

His second active skill is Huge Shockwave which creates a huge shockwave that ignores terrain and causes damage to all targets in his path.

One of his Passive Skills will grant you the chance to cause confusion when hitting a player with Huge Shockwave. This will temporarily disable disable Auto-Aim. 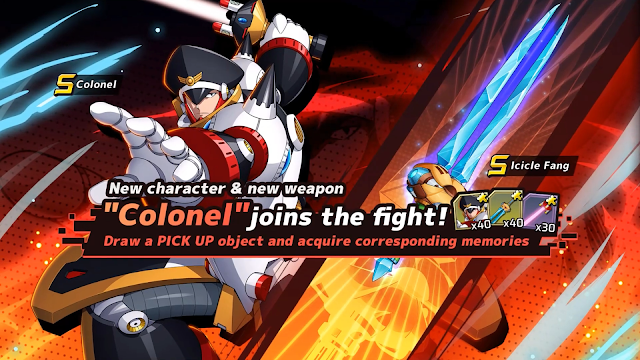 Colonel will share the banner with the S Rank saber Icicle Fang which is based on Mega Man X4's Maverick Frost Walrus design and the A Rank saber Replisaber.

The event Trial from the Supreme Commander begins this Wednesday through May 4th. It will be a jam-packed event for any Repliforce fan out there. Colonel, the Replisaber, the Reploid Air Force stage, and General as a boss!

Next week the event continues! Will it bring something more related to the Repliforce? Stay tuned!