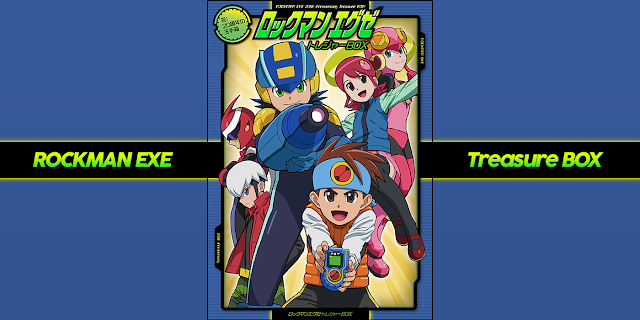 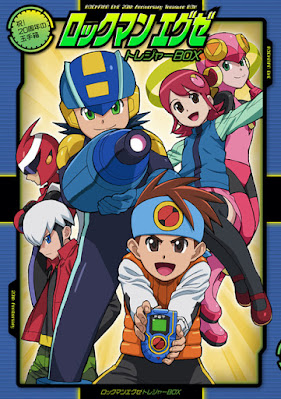 First shown in Rockman Unity's blog post to commemorate the Rockman EXE 20th Anniversary, famous character designer Mitsuru Ishihara is reconnecting to the franchise after many years by illustrating the box design for the Treasure BOX. 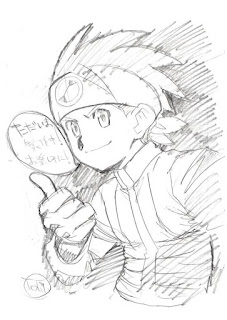 Mitsuru Ishihara worked as a character designer from the first season of the Rockman EXE anime through the fourth season (Beast) while acting as chief animation director and supervisor for many episodes, too. He also worked on episode #21 of Ryuusei No Rockman Tribe and even in Maverick Hunter X's "The Day of Sigma" OVA. 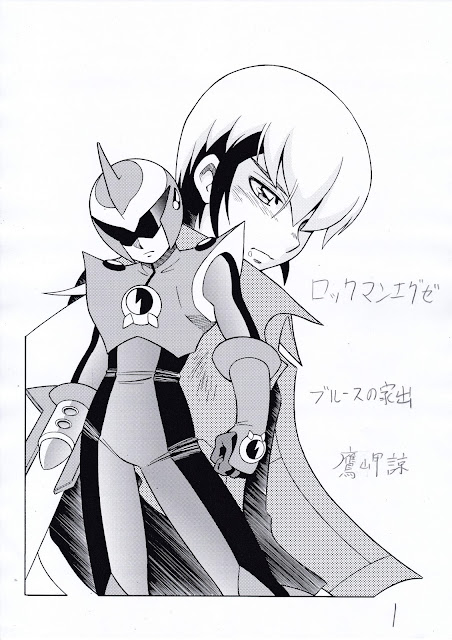 Fukkan also reveled a new page from the 25-page "Runaway Blues" one-shot. The manga will be included in the special booklet that comes packed inside the Treasure BOX.
The Treasure BOX is due this month. You can read all the details about it here
Posted by Reploid21XX at 11:50 AM