Listen to CAP-JAM/CAPTUNE's First Album and the Rockman EXE Sound BOX for Free! 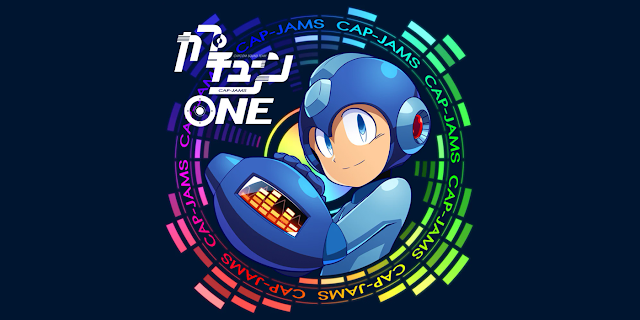 Back in 2020, members of Capcom's Sound Team formed a band called CAPTUNE. The band made their debut appearance during the Rockman Live 2020 concerts to perform three brand-new arranged tracks from the Rockman franchise. Today, their first mini-album titled "ONE" has been made available and it features studio recordings of those very tracks! 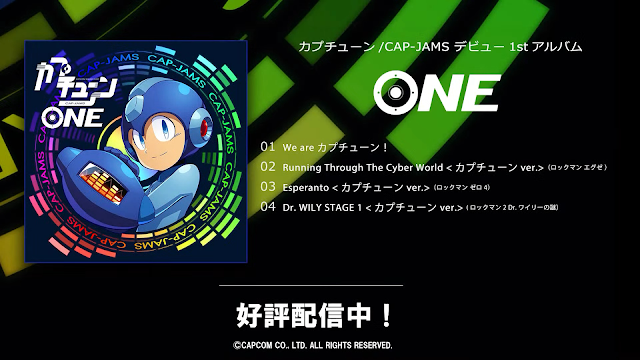 The mini-album comes packed with four tracks. The band jingle called "We are CAPTUNE!", "Running Through The Cyber World" from Rockman EXE, "Esperanto" from Rockman Zero 4 and "Dr. WILY STAGE 1" from Rockman 2.

You can listen the album for free via Spotify, iTunes Japan and digitally purchase it from Amazon Japan for 450 Yen (around 3,5 € or $4.20). I should note that, at this time, the album is region-locked on Spotify. They cannot be streamed outside Japan or Europe. We'll let you know if there's a change.

UPDATE: The album has been officially uploaded to YouTube, you can check it HERE.

What's more, a documentary covering the formation of the band, its involvement in the Rockman Live 2020 concerts and a sneak peek at the band's rehearsals is available to watch, too! It's a pretty good look at not just the band itself, but also Capcom's Sound Team. Don't forget to enable the English subtitles!

And if all that wasn't enough, the entire Rockman.EXE Sound BOX is available to listen for free, too! This box set originally released in 2016. It features the complete soundtracks from all six mainline Rockman EXE games and even Rockman EXE: Battle Chip GP and Rockman EXE: N1 Battle.
You can listen the Sound Box only from Spotify. Enjoy!
UPDATE: The Sound BOX has been officially uploaded to YouTube, you can check it HERE.
Posted by Reploid21XX at 11:04 PM