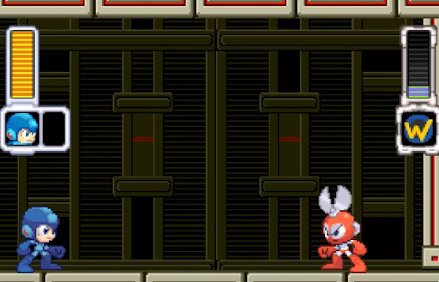 Now that an English version of Make Rockman has been confirmed, why not have a look at some of the fan-games our friends overseas programmed, literally, from "Scratch"? You can create some pretty nifty stuff! 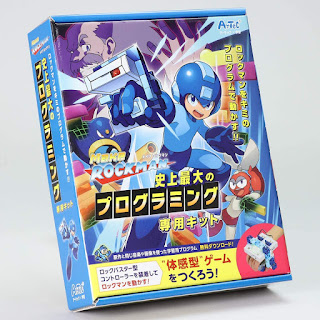 Lemme preface this for a moment. Making Mega Man: Code Legend is by no means Capcom's attempt to cannibalize Mega Man Maker. Rather, it's an educational tool (powered by Scratch) created to teach prospective designers how to program their own video games. These are two different projects with different goals.

First up, a bite-sized game starring Roll. And no; that's not an official Honey Woman sprite. You can import your own sprites into MMM with relative ease. Roll's sprite, however, is included in the package from the get-go.

Next, a runner starring Proto Man. Proto Man's shield is mapped to a simple gesture on the Artec 2.0 controller, programmed by the user:

Here's an example of the player character being controlled entirely with gestures via the Artec 2.0. Special Weapons are physically "loaded" into the controller.

Someone even made Mega Man Powered Up fan-game... (sprites via The Spriters Resource)
...AND a Battle Network-inspired sidescroller!

What do you think? From what I've gathered, Make Mega Man is pretty easy to learn but time consuming. There's a reason it includes a big guide/instruction book. Once you get a hang of it, though, you can make some cool stuff.