Monster Hunter Rise may be all the rage these days (it even includes a little Rush easter-egg), but Monster Hunter World remains alive and kicking. That said, a series of videos were recently brought to my attention that chronicle the creation of the World's Palico Mega Man armor.

The videos, accompanied by a lengthy article on Naver, disclose the trials and tribulations of Sohn Seok-min; the sole individual charged with translating Mega Man's iconic 8-bit sprite into 3D. Early versions of the model are on full display, including several unused facial expressions. It's a really interesting story, one that I've gone ahead and paraphrased (with videos!) after the break below. Check it out! 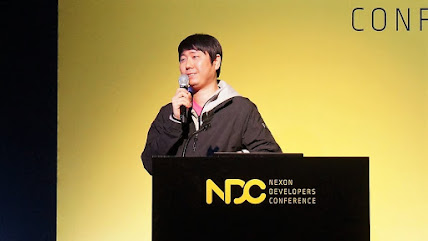 In late 2019, Capcom character modeler Sohn Seok-min was a speaker at NDC (Nexon Developer Conference). There, he unraveled the burden of designing the Mega Man-themed Palico armor. When he was first assigned the duty by his senior, he was under the impression that it would be a somewhat realistic take on Mega Man's armor. Something, in Seok-min's words, that resembled the Mega Buster from Devil May Cry V. He was wrong. 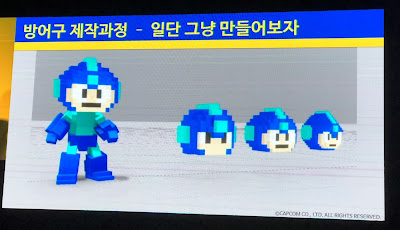 Seok-min's senior wanted the armor to be a 3D replica of Mega Man's "dot graphics" from the NES games. Given the time constraints of the job, Seok-min was concerned it wouldn't be possible. Nevertheless, he got right to work.

Seok-min started by creating a series of cubes of varying sizes. He theorized that, if he were to create different-sized cubes, he would eventually settle on a respectable character model. Smaller cubes were created first with the intention of building a model capable of great articulation. Early experiments were successful... but they deviated too far from the product the vision laid out by Seok-min's senior. The Mega Man Palico armor was supposed to be simple. These experimental models were far too detailed. 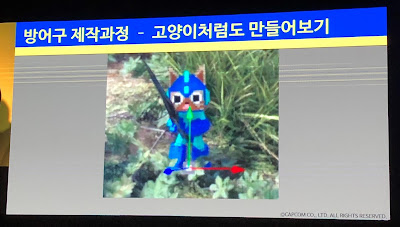 Seok-min went back to the drawing board. He returned with... an unexpected redesign. Monster Hunter World director Yuya Tokuda replied, "cute." In other words, get back to work. 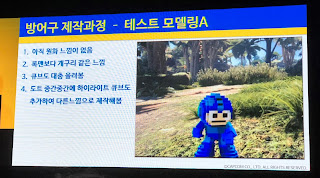 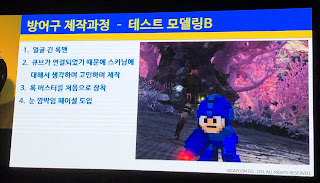 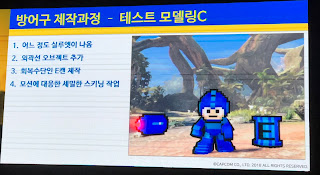 Seok-min continued to experiment with different proportions and shaders. The task before him was difficult. Even translating the famous E-Can into 3D proved challenging. But he was determined to get it right! After much trial and error, Seok-min got it. He presented the finished model to his senior. It was approved!

Just before Seok-min could call it a day and finally relax, his senior charged him with one FINAL task: "How about giving it some facial expressions?"

Tired but still very much grateful that the final model was approved, Seok-min returned to work. Here's what he came up with:

He presented the results to Tokuda-san. "Cute," he replied.
Ultimate, this broad spectrum of facial expressions were cut from the game. Only a select few made it into the final product.
Once all that was out of the way, the Monster Hunter World QA team imported the model into the the then-latest build of the game for a "field test." They were looking to see if its uniqueness presented any particular issue. Seok-min said that, because of the model's unusual proportions, the QA team had to spend more time than usual looking it over under different scenarios.
With the QA team's approval, the model was declared finished. 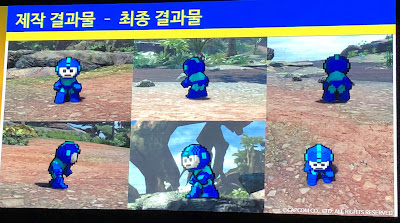 And at long last, Seok-min fell into a deep (and well-deserved) slumber.
Until Monster Hunter Rise's inevitable Mega Man Palico gear, rest well, Mr. Sohn.
Posted by Protodude at 11:29 AM