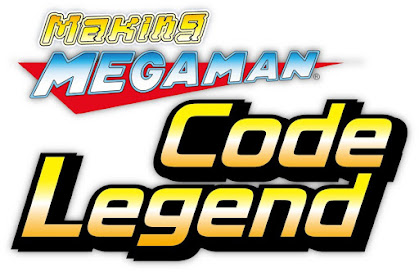 Well, here's some unexpected news. The officially-licensed software that teaches you how to design and code your very own Mega Man games is headed stateside, Artec Co. announced.

Re-titled as Making Mega Man: Code Legend for the North American market, the game (if you want to call it that) is bound to launch sometime later this year. Pre-orders will be going live via Kickstarter on April 27th at 11:00AM EDT. Much like its Japanese counterpart, crowdfunding will be used to measure how many units of Making Mega Man will be produced. It's NOT a traditional Kickstarter campaign. More details will be shared on developer Artec Co.'s official Twitter account in the coming days. 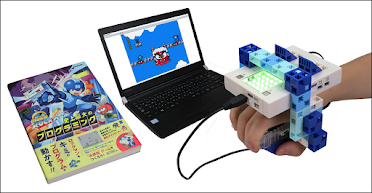 For the uninitated, Make Rockman was developed by Artec Co. in collaboration with Capcom in 2020. The software uses Artec's proprietary Artec Robo 2.0 technology and block-based visual programming language "Scratch" to teach aspiring video game designers how to make their own games. What's more, the included Artec Robo 2.0 acts as a programmable gyro controller. Users can rearrange different blocks to create their own motion-controlled Mega Man Buster, among other things.

If you want to learn more about Making Mega Man, check out our coverage from last year here and here.

We'll have more news on this front soon!

Posted by Protodude at 1:39 AM