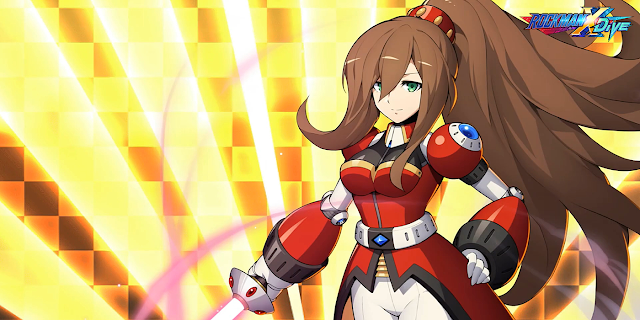 Iris -another- was first introduced during the previous week's "Trial From The Supreme Commander" event stage. And in the coming days, she'll be playable!

Her first active skill is Lightning Flash which unleashes a powerful thrust to damage targets in range. Her second skill is Counter Stance where she takes a counter stance to become invulnerable for 3 seconds. When the stance ends, she can perform a powerful slash.

Iris -another- will be available starting this Wednesday through May 5th as part of the 11th DiVE Festival gacha banner. Let us now if you will be trying to get her in the comments!