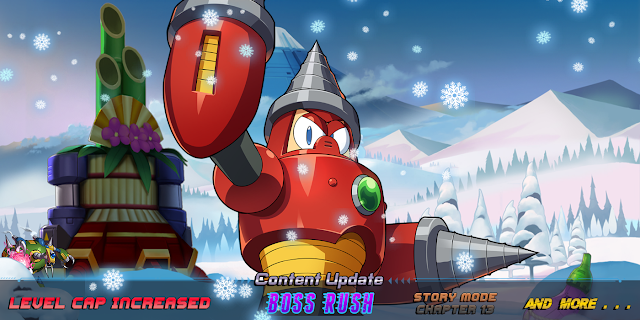 With one week remaining to finish the New Year event, we have a packed content update for this week! The level cap has been raised, a new Story Mode chapter was added, Boss Rush returns, two new bosses and much more all happening at once! You can find all the details after the break! 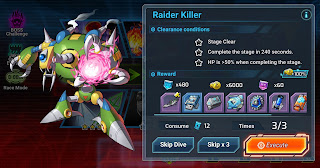 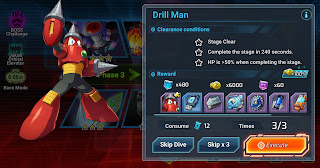 Two need bosses have added to Boss Challenge: Raider Killer from Rockman X2 and Drill Man from Rockman 4. You can fight them if your player profile is at level 120 and 125 respectively. Drill Man's chip has also been added to the game. It sends Jet Drills that ignore the terrain and cause damage.

The level cap has been increased to 130 and with it, weapons and chips can be leveled up further. Armor level 120 can be crafted and two new stages are available in co-op. 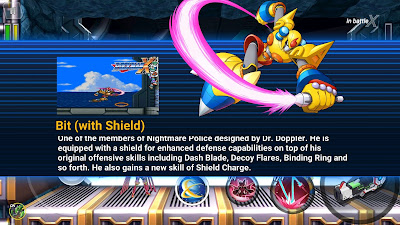 A new chapter has been added to the game. Story Mode Chapter 13: Snow Base with Raider Killer as the mid boss and Bit (with Shield) as the final boss. Chapter 11: Oil Field can be played on hard now too.

Lab level 7 is now available and you can craft things like Mega Man Volnutt and Demon Blade Muramasa memories, Special Material box and cards Rainy Turtloid and Adion Ride Chaser. Your player level has to be 120 to craft any of these. 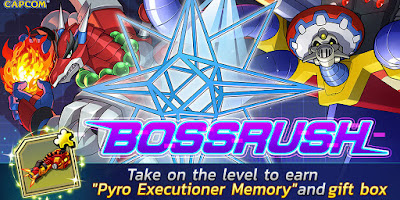 After more than 3 months of absence from the game, Boss Rush is back for another round. This time, the bosses are Magma Dragoon, Shurikein and Mad Nautilus. The main attraction are memories for the "Pyro Executioner" spray, Gift Boxes and the First Strike Card.

Just like before, Boss Rush also has an online ranking where you will be competing against other players to finish the event as fast as possible to get more rewards. These include the usual stuff -- Character and Weapon Patches and Gift Boxes.
The event is already live and will last until January 12 at 22:00 (UTC+8) 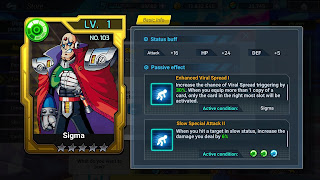 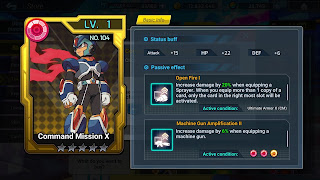 On top of the First Strike card acquired from playing Boss Rush, two new cards are also available in the co-op/arena shop. The "Open Fire I" passive in the Command Mission X card is pretty powerful, so try it if you have Ultimate Armor X (CM) in your roster!
And lastly, the Auspicious Dream of the New Year event has a new set of missions to complete. You will be asked to complete the event stage in all the difficulties available, plus other general missions like "Conduct Research 3 Times" or "[Daily] Accumulate 2500 Event Coupons". The rewards are the usual EM, boxes and event points.
Posted by Reploid21XX at 7:20 PM