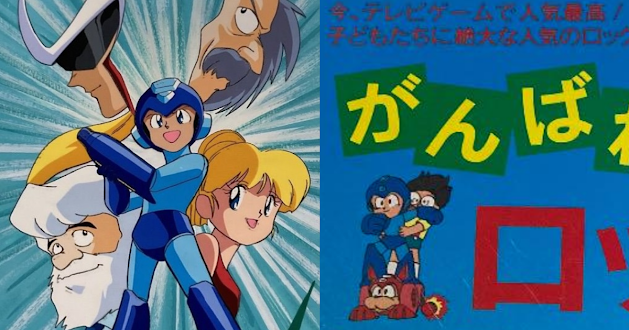 Just when you thought you knew everything about Mega Man, history throws a curve ball. Evidence of two long-lost animated adaptations have surfaced... and they're pretty wild.

The first is a very early incarnation of the Ruby-Spears cartoon that we all know and love. The twist? It has a completely different, abandoned anime art direction. Authentic production materials from this oddity were recently obtained by Rockman Corner and friends. I've written a lengthy (and on-going) Twitter thread on the topic here. You can see these materials after the break below as well.  We will be scanning and posting high resolution versions in the weeks ahead. (UPDATE: Since this post was published, we've since learned the identity of an animator worked on this project. Be sure to read up on that info after the jump!)

The second is a long-rumored educational OVA titled "Do Your Best, Rockman! Beware Fire and Earthquakes!" Fans in Japan have debated the legitimacy of this single episode animation for years... but no one could actually prove it existed. However, a recent auction for a Do Your Best, Rockman! activity book has vanquished any fears of a potential Mandela Effect, proving once and for all the show was a thing.

Read on and see these lost treasures for yourself! 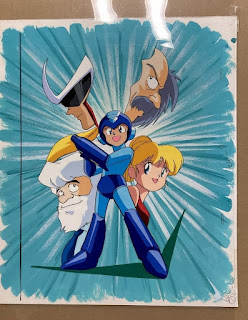 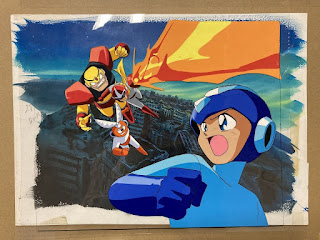 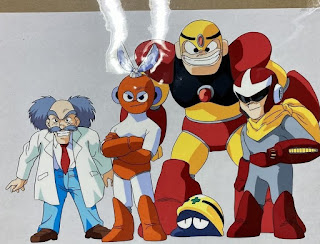 UPDATE (1/26/21): Acclaimed animation director and character designer Nobuyoshi Habara has come forward to reveal that he worked on this project. In a Twitter thread between myself and Habara, he indicated that this Rockman anime was indeed in development at Ashi Productions in 1992 (two years before the studio signed on for the Ruby-Spears cartoon). Habara drew the first two cels himself as part of the planning phase. The project was intended to be the very first Rockman animated series for TV. Unfortunately, the project stopped at the planning stages. Ashi Productions changed course and started development on an unrelated short film about traffic safety for young children.

While not *directly* related to the Ruby-Spears cartoon, some ideas from this would-be 1992 Rockman anime were reused in Ruby-Spears. These include a focus on Dr. Wily, Cut Man, Guts Man and an "evil" Proto Man as the primary antagonists.

Original Story (1/25/21): Now, it's not 100% confirmed that these pieces belong to an early incarnation of the Ruby-Spears cartoon. There's a tremendous amount of research to be done. But some curious details do give credence to the thought. As such, it's the theory we're leaning towards most.

First off, these pieces place a great emphasis on Cut Man, Guts Man and Proto Man. These characters form the primary "bad guy" trio from the Ruby-Spears cartoon, appearing in nearly every episode. Second, Proto Man is deliberately depicted as a villain; a role he fulfills tenfold in the Ruby-Spears cartoon. No other media before Mega Man 5 positioned Proto Man as an antagonist. Again, that's Proto Man... not Break Man.

Third, the characters themselves feature some very obvious "realistic" proportions. We consider these designs to be a stepping stone toward Ruby-Spears more human, superhero-like designs. These character designs act as the missing link between the rejected "video game" direction from Mega Man: Upon A Star, the "anime pitch VHS" and Ruby-Spears. Some traits, like Mega Man's helmet emblem and Proto Man's buster shot effect, do appear in the final Ruby-Spears product, albeit more refined.

And finally, the one commonality among the Ruby-Spears cartoon, Upon A Star and the "anime pitch VHS" is Ashi Productions. They are the Japanese studio largely responsible for animating all three programs. In my preliminary research into these pieces, the name Yumiko Horasawa/Horazawa stood out. She was both an animation director and character designer at Ashi Productions. Her work can perhaps best be seen in the 1988 adaptation of Appleseed. Click that link and give the character designs a look-over.

See anything a little familiar? Some of the finer details, line work and shading bare a close -- but not definite -- resemblance to these materials. So point is, if this is the handiwork of Ms. Horasawa/Horazawa, then our connection to Ashi Productions has been set.

Again, there's quite a bit of research to be done. But in the mean time, hang tight for scans and more details! And thank you all, again, for your support! We couldn't have obtained these bad boys without you!

Do Your Best, Rockman! Beware Fire and Earthquakes! OVA 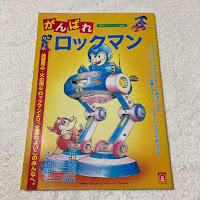 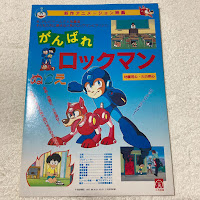 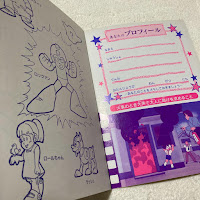 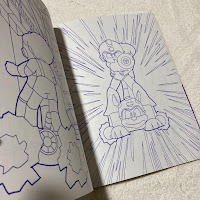 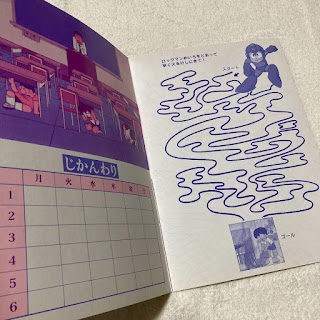 Above are five pages from the Beware Fire/Earthquake coloring book. As you can see, the pages contain some images from the animation itself. Again, no one has actually seen this thing in DECADES. It's pretty darn validating to have something, anything from this super unusual production.

Now that we have a look at it, what even *is* Do Your Best, Rockman! Fire and Earthquake Safety! Well, again, it's a one-off educational anime. According to the recollection of a few Japanese fans, the program would have been distributed sometime between 1989 and 1992. Looking at the recycled key art from the video games, that makes sense. We have reused art from Rockman 2 through Rockman 5. That would potentially make this OVA older than 1993's Mega Man: Upon A Star. The copyright on the back cover place it between those dates as well.

Similar to Upon A Star, this OVA takes place in the "real world" where Mega Man and co. are video game characters. Through currently unknown circumstances, Mega Man and Rush leave the confines of the video game world to rescue an elementary school-aged boy from fires and earthquakes. They save his life and, in turn, he learns about fire and earthquake safety. Cute.

A quick Google search of the program's Japanese title, "がんばれロックマン 地震用心" yields at least one interesting results: Rockman was voiced by Hekiru Shiina, a veteran actor/singer who later voiced Rockman in Rockman: The Power Battle and Rockman 2: The Power Fighters.

Also, the Japanese text on the front cover also provides some clues but it's a bit hard to read. In any case, this program was animated by "Sankyo", the same studio that worked on Bomberman Yuuki wo Arigatou Watashi ga Mimi ni Naru.

At the time of this writing, the whereabouts of the coloring book are unknown. Someone did win the auction, though. If we're lucky, perhaps they'll share its contents online. If we're lucky.

As for the animation itself, Do Your Best, Rockman!'s whereabouts are unknown. This unassuming coloring book, Ms. Shiina's resume and the childhood memories of a few fans overseas are merely surviving testaments. We may never find it.

But... who knows? Lost media does tend to reemerge in some fashion. There's an entire community dedicated to it, you know. We may yet have our day. Until then, do enjoy what we've found!

Posted by Protodude at 7:29 PM