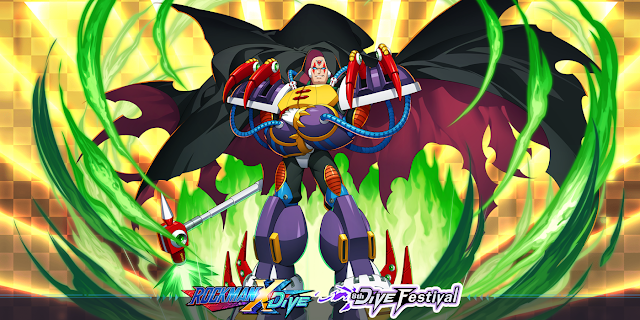 The first DiVE Festival of the new year is here! The 8th DiVE Festival brings the second playable Sigma, a new skin for Ultimate Armor X, the return of the Space-Time Jumper event and much more. Find all the details after the break!

Launch a scythe to deal 216.00% damage to all targets in its path. Once the scythe penetrates a target, its damage will reduced to 25% and it will return to your location after traveling specific distance. Can go through landscapes and barriers.

Shoot a huge beam forward, inflicting 85% attack damage to targets within range. After a moment, the beam will spread out once more to cause damage.

Shoulder Boomerang: When using Eye Laser, launch two boomerangs from both shoulders to cause 42.5% damage to the target.

Player Killer: When your target is a player, increase damage you deal by 10%.

Laser Attack: When the hurled scythe hits the first target, it will release two more laser beams to damage all targets in their paths.

Death Cometh: Launch 4 shoulder boomerangs at once and gain Death Scythe after your first scythe throw. 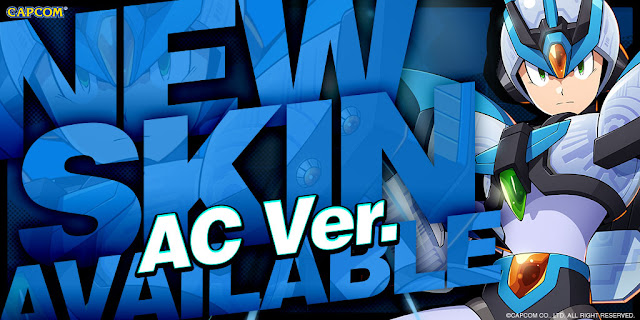 The Ultimate Armor X "AC Ver." Skin is now available at discounted price for 720 EM (paid) and the SE_DiVE Ver. skin is also back at the store for 960 EM (paid) 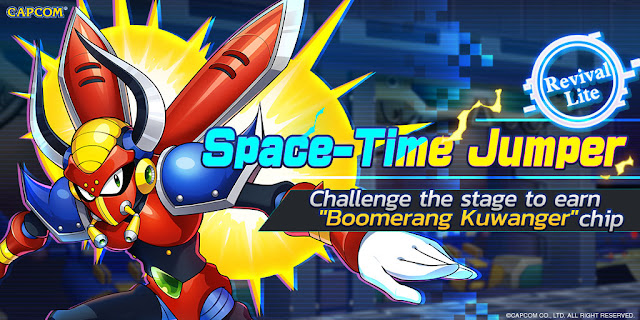 In the same vein as the Prince of Skies, the Space-Time Jumper event is back to give players the chance to acquire the Boomerang Kuwanger chip or rank it further if you got it the first time. The event runs until January 19 at 22:00 (UTC+8).

This are the characters that give extra coupons and dealt extra damage for this event:

PVP with friends is now available. It's as simple as getting a friend (or not) player ID to setup a private room and fight.

The rewards will be sent to your in-game mailbox before January 25.

Stage Completion Master Part 5 is live, too. It's a bunch of missions that will ask you to beat chapter 11 (normal or hard) and chapter 12 and 13 (normal) of the story mode to get a bunch of "Weapon EXP Programs" and "Weapon Memory Supply Boxes". Be sure to complete the stages before January 20 at 15:59 (UTC+8).

New levels for the Jakob Orbital Elevator are available today. Levels 81 to 85 for normal, hard and challenge mode with a fight against Flame Mammoth on level 85.

The event Clear the Jakob within the Time Limit has been updated with new missions that will give you various items to level up and rank up your cards, a card pack, some EM and the card Wire Sponge. The event ends on January 19 at 22:00 (UTC+8). 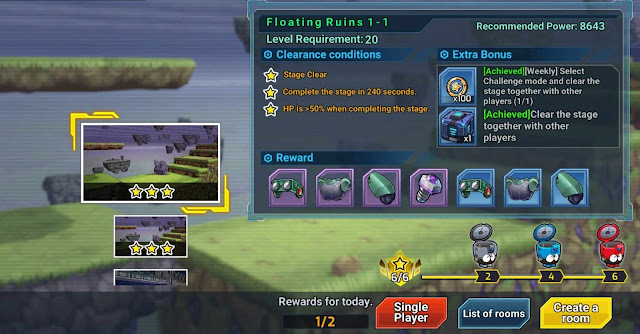 With this update we can now check if we already obtained the co-op rewards from the stage selection screen, as opposed to having to enter in every stage to check it. That process was very tiresome, I think you you will agree with me on that

As for other small things, players will get one Attack Type Hunter Capsule Starter each day for the next seven days, the mail capacity has been increased from 100 to 300, and a few new cards are available. Check the card gallery.

If you want to read about bug fixes, existing bugs or items added to the store, you can so here.