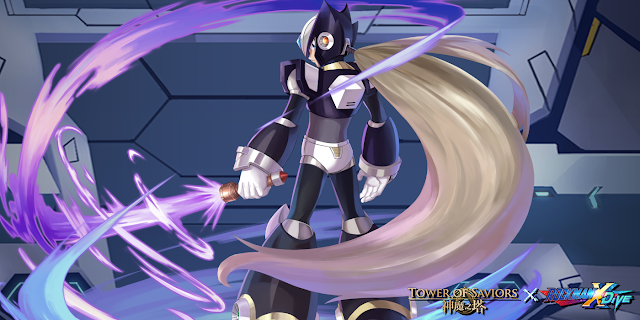 Before we jump to the new characters, let's check Vile's skills. He is coming to the game on January 13th as part of the ultimate stage “Brutal Armor Giant”. 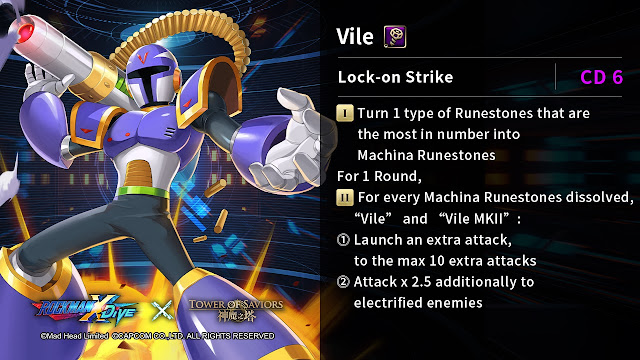 Dark Machina “Vile” can activate “Lock-on Strike” to turn 1 type of Runestone that are the most in number into Machina Runestones. For 1 Round, for every Machina Runestone dissolved, “Vile” and “Vile MKII” launch an extra attack, to the max 10 extra attacks. Additionally, damage dealt to electric-type enemies receive x 2.5 more damage. 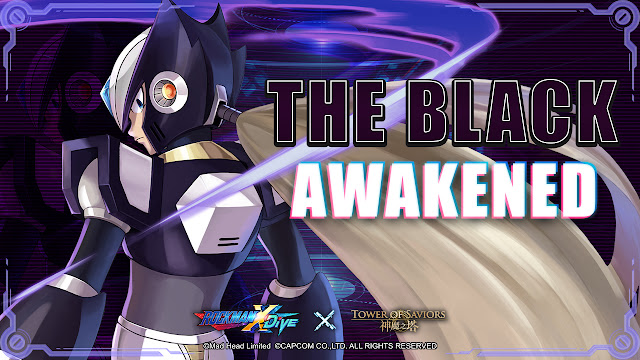 Next we have Black Zero who arrives on January 11 as part of the challenge mission “Unleash the Inner Power”. When you complete “Fake Copy Lv 1-5” for the first time, “Eidolon of Machinas”, “Harpy” and “Neon Crow” will be awarded. Each time you complete the stage “Fake Copy Lv 1”, “Black Zero” x1 will be rewarded! 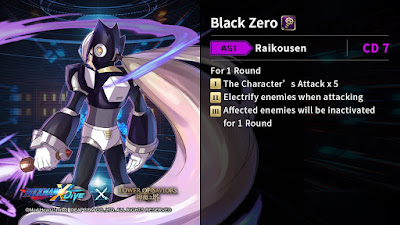 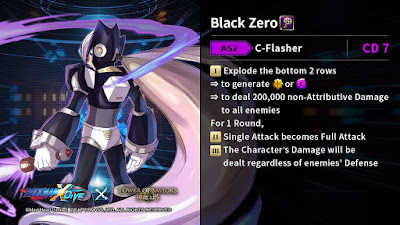 Black Zero has powerful dual skills that can be activated in battle to help ease certain situations.

“Raikousen” can increase the Character’s Attack for 1 Round. It also electrifies enemies which, when attacked, they become deactivated for 1 Round.

As for “C-Flasher”, it explodes the bottom 2 rows to generate Light or Dark Runestones and deals 200,000 non-Attributive Damage to all enemies. For 1 Round, Single Attack becomes Full Attack. The Character’s Damage will be dealt regardless of enemies’ Defense. 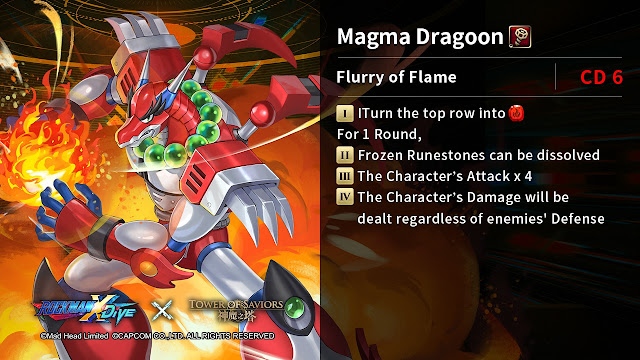 Magma Dragoon is joining the polar units next Monday on January 11th. He can activate “Flurry of Flame” to turn the top row into Fire Runestones. For 1 Round, Frozen Runestones can be dissolved; the Character’s Attack x 4 and the Character’s Damage will be dealt regardless of enemies’ Defense.

If you want see all the events the development team has planned for this collaboration, you can do so here.

Vile's skill card mentions a Vile MKII version so perhaps this is won't be the last time we'll be talking about this crossover. We will keep you posted!