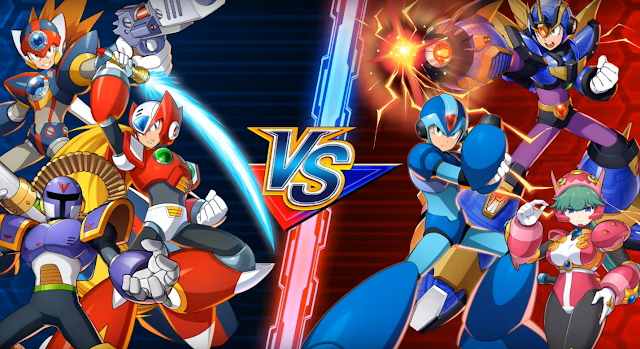 Earlier in the day than usual, we have our daily update on Rockman X DiVE via the Official YouTube Channel. This time it's a double-dose of news: Player vs Player Mode and the "Chip System" More after the break! 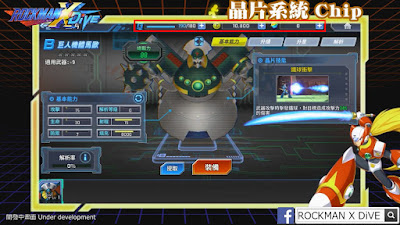 The Chip System video's descriotin reads, "Defeat the Bosses for getting their "Chip"! Equip them on to use skills of Bosses!" That's pretty self explanatory, I guess.

The videos also let's us see, for the very first time, one of the in-game menus displaying different information about a playable character. More interesting, however, is our first look at the game's form of currency. No information has been give at this point so we can only speculate.  At the top of the menu screen, we can see E-Tanks, Zenny and something else. Next to them is a "plus" symbol which is typical in mobile games that give you the option to spend real money to buy additional in-game currency.

Next is our first look at the PvP Mode:


It's difficult to appreciate all the characters in the match because how prominent the artwork is at both sides of the screen, but this is our first look at Axl, Marino and Ultimate Armor X in action. Previously we had only seen X, Zero and Vile in motion.

Did you recognize the stage in the video?


It's Area H-1 from Mega Man ZX! This is the second stage based on the Mega Man ZX series we have seen, the first one shown in the Cop-op trailer, Aeolus' stage, the Floating Ruins from Mega Man ZX Advent. If you get a closer look to the trailer you may also notice some new weapons too.