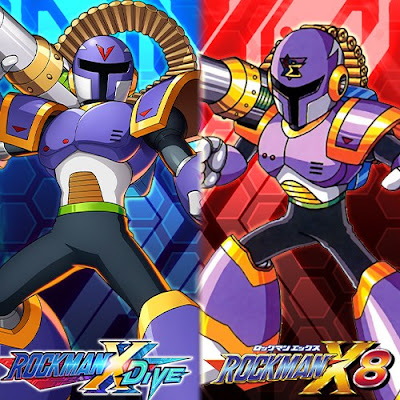 For our daily update today we have Vile! The infamous rival of X in the Rockman X series. Once again via the official Facebook page. We also have a sneaky first look at the new navigator design. More after the break! 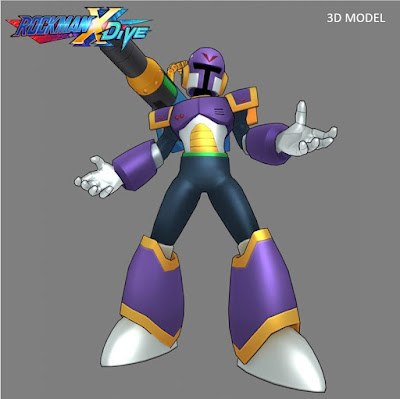 First we have a look at Vile's 3D model and her small bio:

“Fighting is just for destroy."
First appearance in 《Mega Man X》.
Vile was in Sigma's 17th Elite Unit, and he is very strong.
Because of a short circuit in his electronic brain, he is eagerly to destroy.
Vile likes hunting in the missions, but finally he was defeated by X.


And now for the most interesting bit of today's news. 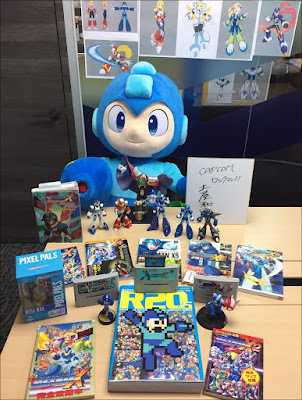 If you remember, yesterday we talked about the contest the Official Rockman X DiVE Facebook page is running to win beta test codes and three shikishi by Keisuke Mizuno. The contest consists of uploading a picture of your own Mega Man collection. Surprisingly enough, the development team uploaded a picture of their "own collection". There is nothing special about the items laid out on the table but, if you look at the top of the picture, you will notice some artwork pinned to a mirror wall.

Not only this is the first time we see full body artwork of Alia, Cinnamon and Pallette but, also almost the full body design of the new navigator. We previously saw her silhouette when the Official Website opened:

They conveniently hide her head to avoid spoiling her future reveal.  We can, however, see that  she is sporting something that looks like a skirt and white and blue are the predominant colors in her design.

Stay tuned for more updates in coming days!
Posted by Reploid21XX at 7:42 AM